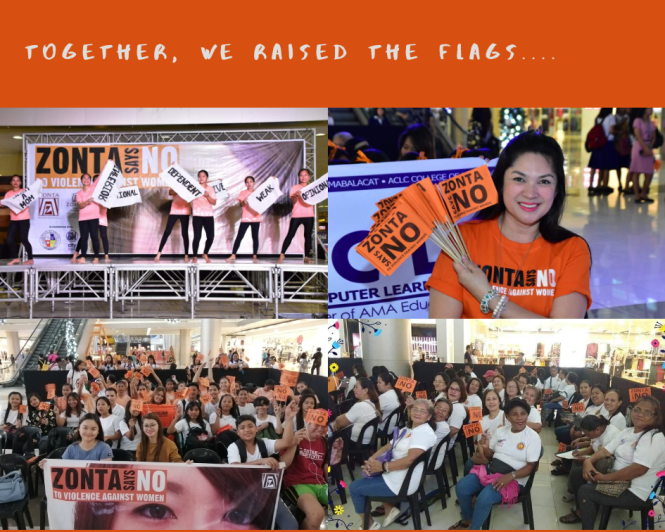 The Zonta Club of Pampanga in the Philippines organized a Zonta Says NO to Violence Against Women mall event featuring the four participating high schools and some Indigenous children of Pampanga, performing “Break the Silence, Stop the Violence” dance interpretation, sending the message to more than 300 spectators the club invited to join in the campaign.

Eight like-minded groups have enjoined showing support of the Zonta Says NO to Violence Against Women campaign.

The event was sponsored and supported by the local government unit and SM City ClarkMall as the venue of this activity.

Also during this event, the club has honored and recognized the 3 Centennial  Champion Awardees who have been part of Zonta’s advocacy and service projects in this biennium.  Three organizations were also given Centennial Community Awards for the cooperation and assistance of Zonta’s campagin on ending child marriage.