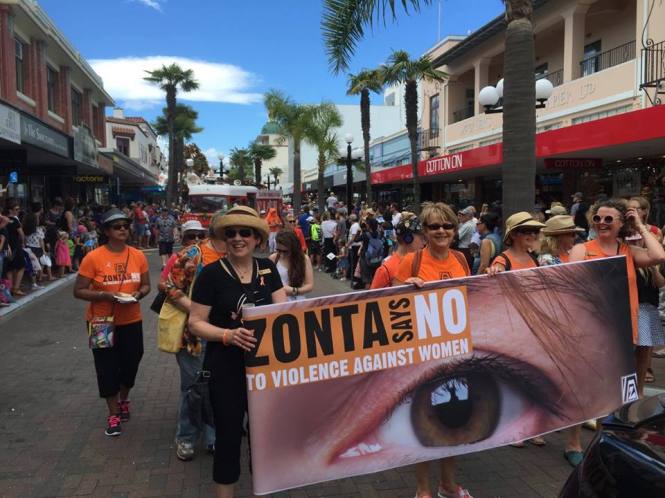 The Zonta Club of Hawke’s Bay, New Zealand, joined the Napier Santa Parade to spread the message of the Zonta Says NO to Violence against Women campaign. The Club stood out in orange as they interacted with the crowd on the parade route. Their mayor also showed his support and posed with the Club for a photo. 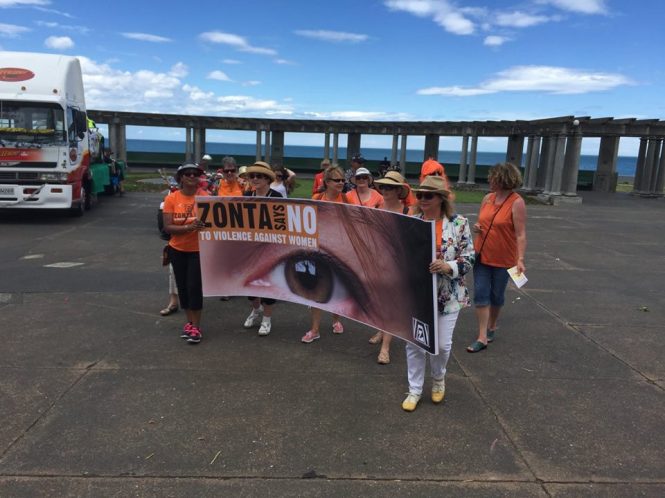