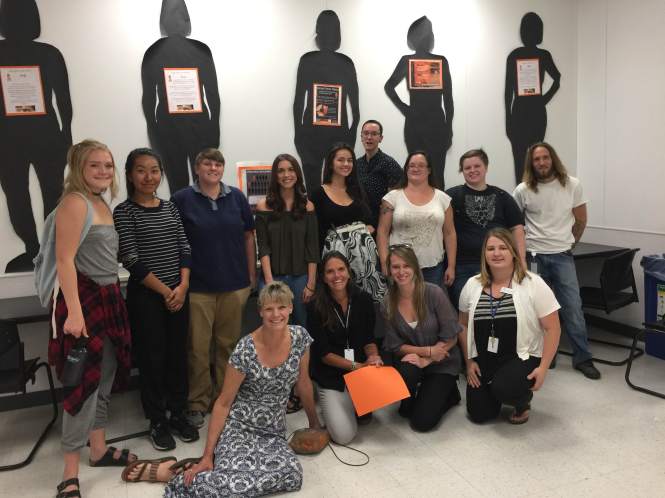 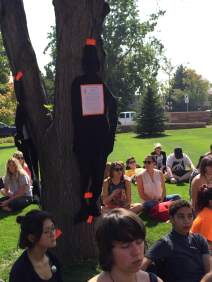 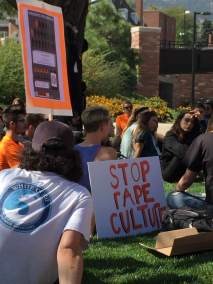 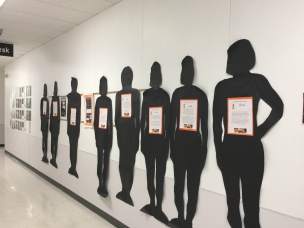 From the Daily Camera:
by: Amy Bounds

A local women’s service group is asking the Boulder Valley School District to take a more active role in creating a culture of respect for girls and women.

Zonta Foothills Club of Boulder County, which has a “Z Club” offshoot at Boulder High, wants the school district to offer a K-12 curriculum to address topics of gender, relationships and bullying related to violence against women.

“This year, we’re really trying to have a call to action, not just an awareness campaign,” said Zonta member Pam Malzbender, who’s co-chairwoman of the committee working on the project.

The group started its annual “Zonta Says No” campaign in 2012. This year, along with asking the school district to start a task force to look at curriculum, the group is working with high schools on a “culture of respect” pledge.

“We’re getting a lot of interest,” Malzbender said.

At Boulder High, Z Club members recently posted fliers on bathroom walls with the hotline number forBoulder’s Moving to End Sexual Assault, along with hanging silhouettes of victims of sexual and relationship violence on the library walls. The silhouettes include the victims’ stories.

“Once we read the stories, it was mind-blowing, especially when we’re going to college soon,” said senior Claudia Ibarra. “It’s good to be aware of things that can happen.”

Boulder High junior and Z Club president Adela Aguirre, along with parents and community members, also recently spoke at a school board meeting about the need for a more comprehensive curriculum.

“I have never been in a class that taught me or my peers about this problem or discussed ways to create a respectful culture in which women feel safe,” she said. “Instead, we’ve learned to accept a culture that tolerates the mistreatment of girls and women, both verbal and physical.”

Zonta member and Monarch High parent Julie Martinez told the school board that one of her two teen daughters witnessed threats being made against a classmate by an ex-boyfriend.

When her daughter spoke up, she said, her daughter also became a target. Her daughter ended up dropping AP physics and coding because, while the perpetrator was expelled, his friends remained in those classes.

“The stress of sitting in class with the feeling of a target on her back was beyond what she felt she could handle,” Martinez said.

Libby Symes, a Boulder High graduate and CU freshman, also spoke at the board meeting and was one of the student organizers of a recent demonstration against sexual violence at CU.

She told the school board that she wasn’t prepared for the “culture of heavy drinking and acceptance of sexual violence” that she found at CU. She was warned on move-in day never to walk alone at night and took an hour-long “bystander” class that focused on “how not to get raped,” she said.

“While I do see the intention behind this class, I believe there is a fundamental issue with teaching how not to get raped,” she said. “We need to start teaching don’t rape.”

School board member Sam Fuqua said bringing in an outside speaker to a health class might be one way to address the issue quickly. Changing curriculum, he added, would require study and a formal process.

He also agreed it’s an important topic, especially at a time when a presidential candidate previously boasted about grabbing women’s genitals without their permission.

“It’s pretty obvious we have a long way to go,” he said. “It’s important to create a culture of respect for women and girls.”

One thought on “In the News: Zonta Foothills Club of Boulder County, with Z club, looks to create culture of respect in schools”