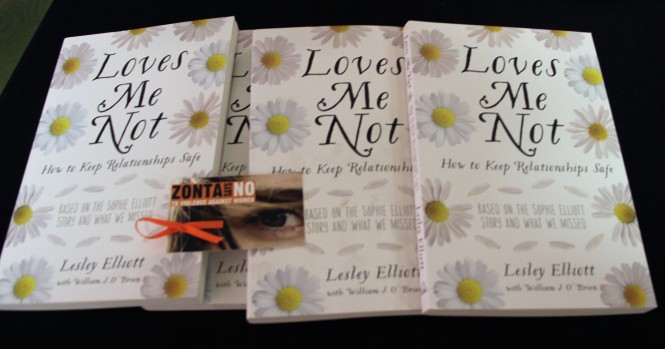 The Zonta Club of Christchurch South hosted a fundraiser breakfast on 25 November with the Hon. Amy Adams, Minister for Justice, as guest speaker. The Minister spoke about what the government initiatives are in helping curb the rising tide of domestic violence in the country.

Zontians were also represented at the White Ribbon Gathering at Cathedral Square in Christchurch, New Zealand. Zontians joined with members of the military from Burnham Military Camp, the Police, the White Ribbon riders and other like-minded organisations in raising their voices to say NO to violence against women. The terminal of Christchurch International Airport and the Control Tower were once again lit up orange to support our campaign. And this year, the historic Isaac Theatre Royal also came on board in support of our campaign.