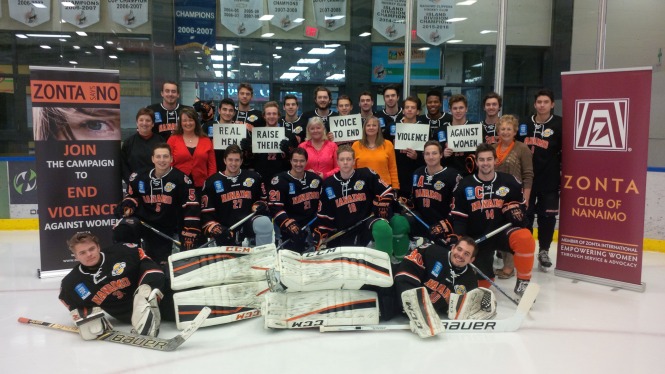 The Zonta Club of Nanaimo, Canada, celebrated its second year of  participating in the 16 Days of Activism and Zonta Says NO to Violence Against Women campaigns with their local junior hockey team, the Nanaimo Clippers.

The club alerted local media, and the Nanaimo News Bulletin published a story. Following the publicity the article brought, club members attended a home game, where they set up a table and greeted fans while handing out hundreds of orange awareness bracelets and buttons to local fans. More than 90 people came by the table throughout the game to learn more about what we were about and why Zonta Says NO to Violence Against Women.