The Zonta Club of Damme joined with many Zonta clubs around the world to bring orange to a local statue orange. The club, along with the Mayor, draped the statue of Jacob Van Maerlant on the main square in Damme, Belgium. 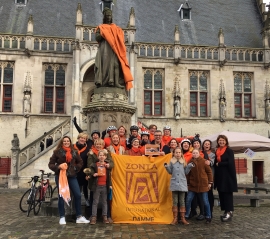 This was to raise awareness of the start of the 16 Days of Activism and Zonta Says NO to Violence Against Women campaign. Several other public and private places were also decorated orange.

While Zonta Damme decorated the statue on the main square in an orange cape, they also asked passersby to dress in orange and speak out against violence. The reactions were posted on the Zonta Club of Damme website. 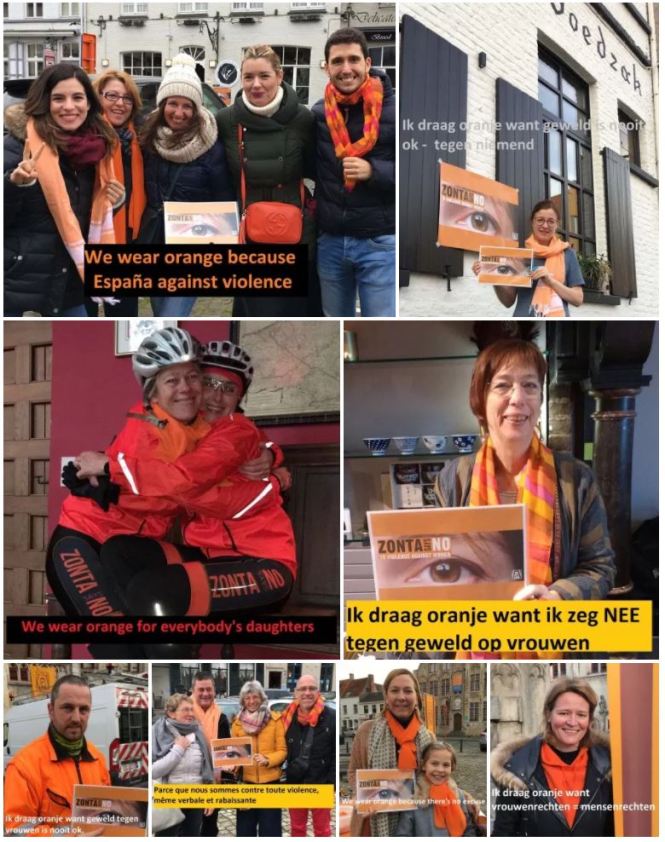