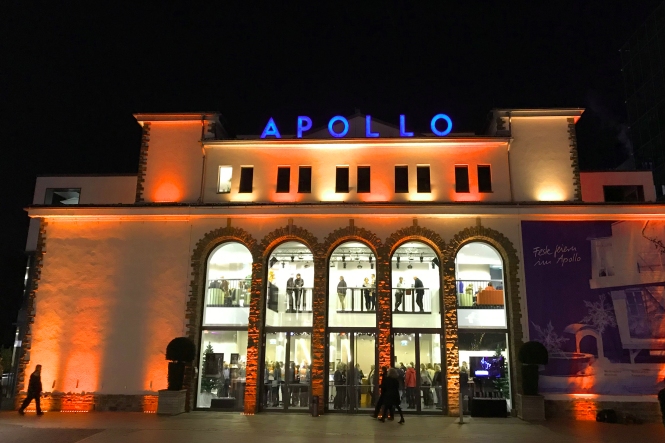 To launch the 16 Days of Activism against Gender-Based Violence and the Zonta Says NO to Violence Against Women campaign, the Zonta Club of Siegen Area in Germany, District 29, organized for the Apollo Theater, the town hall and historic city wall to be lit in orange.

Before a sold-out concert and at the break, Zonta club members informed concert visitors about Zonta Says NO in the foyer of the Apollo Theatre. A video on the stage screen before the beginning of the concert pointed out the orange lighting.