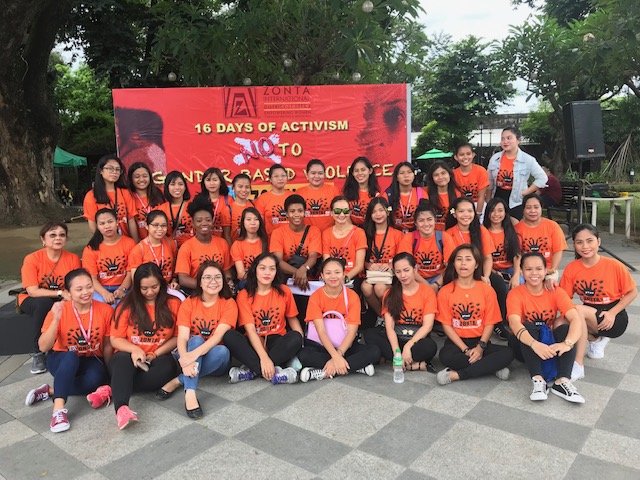 On 25 November, the beginning of the 16 Days of Activism against Gender-Based Violence, the Zonta Club of Makati & Environs in the Phillippines, and their Z and Golden Z clubs from Taguig City University and Philippine Women’s University joined the other clubs from District 17, Area 5 in taking a stand and calling attention to this cause.

The Zontians and students spent the afternoon at the historic Intramuros grounds in Manila. One by one, the different groups came forward to entertain the crowd with a talent show of song, dance, and drama numbers. 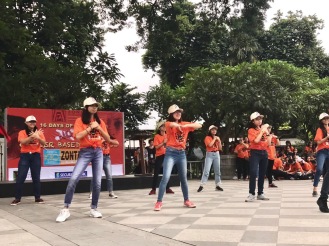 The all-female Philippine National Police led the audience in a lively Zumba number that got everybody moving on their feet. Odiraa Aghanya, charter president of the Philippine Women’s University Golden Z Club, spoke, followed by an essay-writing, slogan-making, and on-the-spot painting contest.

The afternoon ended with a solemn candle-lighting ceremony wherein the participants formed the letters: NO to VAWC.