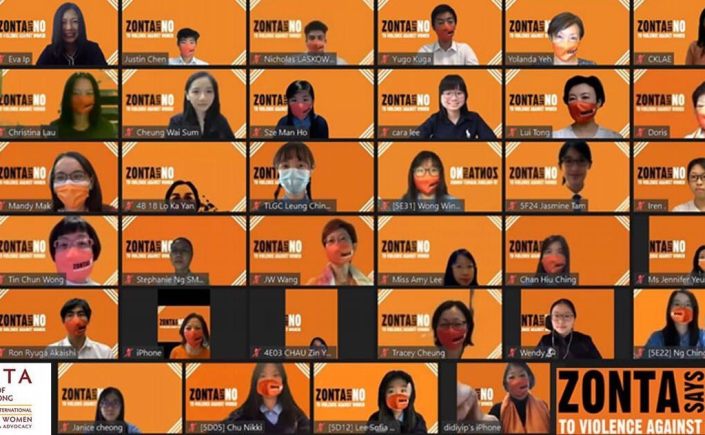 District 17 commemorated the 16 Days of Activism against Gender-Based Violence with a massive district-wide Zonta Says NO to Violence Against Women campaign featuring webinars and events to empower women, particularly during the time of the pandemic when they have become more vulnerable to abuse by even the closest of family members.

Aligning with a quote by Past International President Olivia Ferry, “By empowering a woman she can protect herself from violence,” more than 100 events to empower women and raise awareness about gender-based violence were offered through online platforms and social media between 25 November and 10 December. Topics covered women’s challenges, laws and protection, international diplomacy on discrimination of women, financial literacy, wellness, livelihood through urban gardening, technology and science, and more.

Sixteen Zontians exemplifying the empowered helped promote the campaign as they partnered with a credit card company’s rewards program, where double rewards points were donated to the Zonta Foundation for Women.

The campaign aimed at creating awareness about Zonta International and its advocacies while promoting funding and membership. Extensive publicity on print, radio, TV, social media and billboards were engaged to promote the campaign.