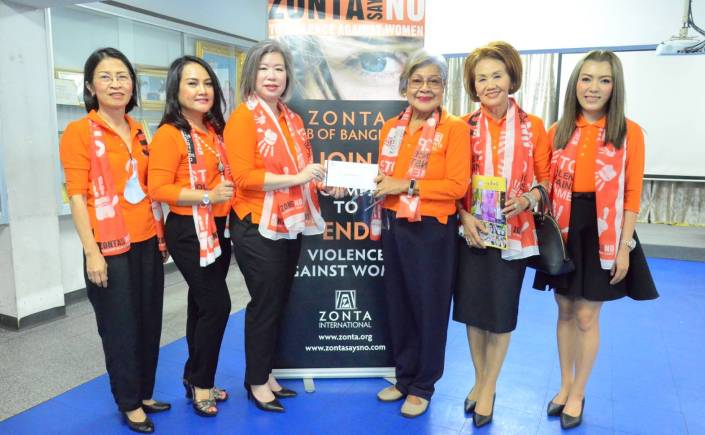 The Zonta Club of Bangkok I, and ASA Wittaya Z Club, Thailand, arranged a lecture titled “STOP Cyberbullying” at ASA Wittaya School 7 December 7 as an advocacy activity during the 16 Days of Activism against Gender-Based Violence. There were 120 secondary school students who attended the session.

Cyberbullying is a form of bullying or harassment using electronic means. It has become an increasingly common and serious issue in recent years—largely due to the easy access to, and in some cases the anonymity of, digital devices. As children and teens spend more time online during the COVID-19 pandemic to complete virtual schoolwork and keep in touch with friends, cyberbullying may increase.

One of the best ways to protect the child from bullying is to talk openly about it. The club also gave funds to the school and appointed two Z club students as the school’s stop violence ambassadors to promote the Zonta Says NO to Violence Against Women campaign in the school and community.