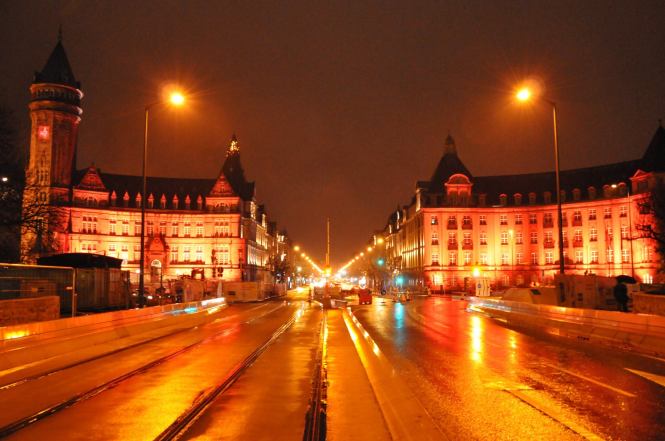 The Zonta clubs in Luxembourg, District 27, joined together and partnered with the Ministry of Equal Opportunities for Orange Week during the Zonta Says NO to Violence Against Women campaign.

The groups lit up buildings, monuments and public places in orange as a sign of solidarity, held a march attended by Minister of Equal Opportunities Lydia Mutsch, Minister of Justice Félix Braz and Councilor Simone Beissel and organized seminars.

Luxembourg has an efficient legislative and social system, close in partnership with nongovernmental organizations. The Council of Europe Istanbul Convention on Preventing and Combating Violence against Women and Domestic Violence is in the process of being ratified.

Luxembourgish Zontians took an active part in all presentations, discussions and conferences.  The union of Zonta clubs in Luxemburg was under the lead of their president Danielle Becker-Bauer.

Orange Week was widely covered in the media, and the clubs created a Facebook page.