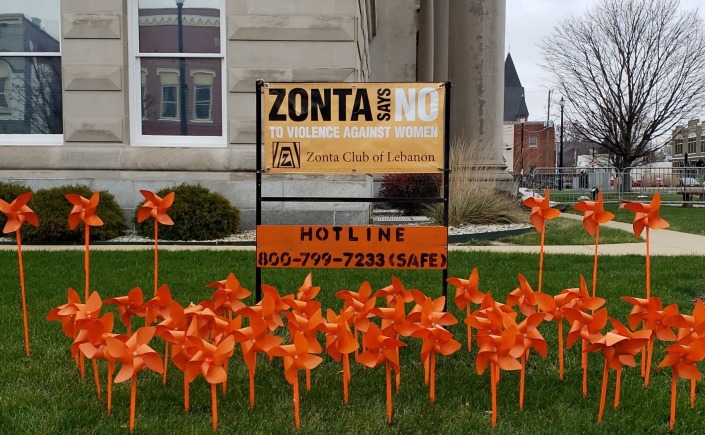 The Zonta Club of Lebanon in Indiana, District 6, is participating in the 16 Days of Activism against Gender-Based Violence in two ways this year. The first is by displaying orange pinwheels, the domestic violence hotline phone number, and the “Zonta Says NO” slogan and Zonta Club of Lebanon logo on the Boone County Courthouse lawn during the 16 days, bringing attention to both the club and to the Zonta Says NO campaign.

Club members also participated in a photo shoot during the September meeting, each member holding a placard with a statistic relating to gender violence, violence against women, FGM, and/or child marriage.  These photos are being released and shared to Zonta Club of Lebanon’s Facebook page each day over the 16 days.